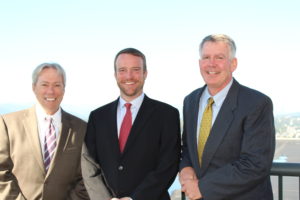 Davis & Whitlock, P.C. is the outgrowth of Gary A. Davis & Associates. Gary Davis has been practicing environmental law since 1983 when he opened his first law office in Knoxville, Tennessee. Since that time, his firm has represented environmental damage victims, community groups, environmental organizations, state and local governments, and individual clients throughout the country with a focus on the Southeast. In the 1980’s the firm litigated precedent-setting cases involving hazardous waste disposal and water pollution on behalf of the Legal Environmental Assistance Foundation (LEAF). In the 1990’s the firm represented victims of chemical pollution and fought permits for garbage dumps and hazardous waste treatment plants. In 2002, Mr. Davis focused for three years on protecting wetlands and restoring the Everglades in Southwest Florida. In 2005, Gary moved his office to Hot Springs, North Carolina, a small mountain village northwest of Asheville along the Appalachian Trail near the Tennessee border.  In early 2008, James Whitlock joined the firm, and became a partner/shareholder when Davis & Whitlock, P.C., was formed in early 2012.  In July 2013, Davis & Whitlock moved our primary office from Hot Springs, NC, to Asheville, NC, in order to serve our clients more effectively.   In early 2016, Doug Ruley joined the firm in an of counsel capacity.

Carrying on the legacy of Gary A. Davis & Associates, Davis & Whitlock continues to represent, and litigate on behalf of, a diverse array of clients in order to protect our environment from the devastating effects of pollution and to make polluters pay for damages they have caused to our clients.  Over the past 8-9 years, Davis & Whitlock has, while maintaining a vigorous public interest environmental law practice, utilized our unique experiences, resources, and capabilities in the representation of large numbers of victims of environmental disasters, including the 2008 TVA Coal Ash Spill in Kingston, Tennessee, the 2010 BP Oil Spill in the Gulf of Mexico, and the 2013 ExxonMobil Pegasus Pipeline Failure in Mayflower, Arkansas.  Check out our News page for updates on these and other cases that Davis & Whitlock is currently working on, or Contact Us to see if we might be able to be of counsel to you.